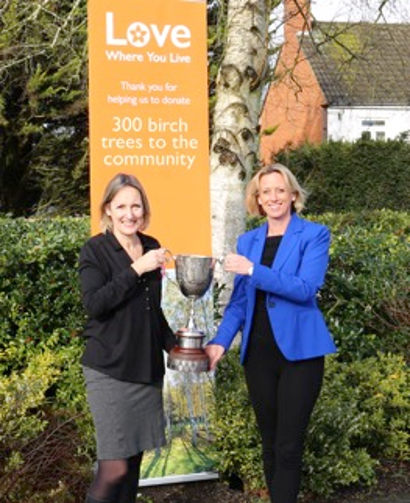 The prestigious Worrall Cup was given to Squire’s for their ‘Love Where You Live’ community planting project, where they are donating Silver Birch trees to parks and green spaces throughout the South East.

The campaign started last autumn when Squire’s pledged to donate 5p for every plant bought in September. This drove footfall and sales, and has enabled Squire’s to donate 300 trees to community spaces.

Iain Wylie, Chief Executive of the Garden Centre Association (GCA), said: “The judges of the Worrall Cup were thoroughly impressed with Squire’s Garden Centre’s community-based ‘Love Where You Live’ campaign, which spanned all of its 16 centres, as it resonated with a very wide ranging audience, from young people to the older generation. It highlighted the importance of garden centres working with their local communities and being seen to be doing their bit by donating 5p for every plant it sold and using this money to donate native birch trees to local parks and green spaces. The campaign was very inspiring, and we hope our members take it as an example of the good work they can do in their communities and follow suit this year.”

Karen Smith, Group Marketing Manager at Squire’s commented; “We are absolutely thrilled to win this prestigious award! We are very proud of our ‘Love Where You Live’ campaign. As well as promoting autumn gardening and driving sales, it’s all about giving back to the local community. We chose to donate Silver Birch trees as they are great for wildlife and good for the environment too, as they can improve air and soil quality. We have been working closely with local councils who will plant the young trees this February in numerous parks and green spaces so that they can be enjoyed by everyone.”

Squire’s ‘Love Where You Live’ campaign is now in its second year. In 2018 Squire’s donated 230,000 tulip bulbs to local councils to plant for the community to enjoy. This February 300 Silver Birch trees will be planted in over 30 locations, including Priory Park in Reigate, Stoke Recreation Ground in Guildford, Hickleys Corner in Farnham, Dinton Pastures Country Park in Wokingham, Broom Road Recreation Ground in Teddington and Homewood Park in Chertsey. 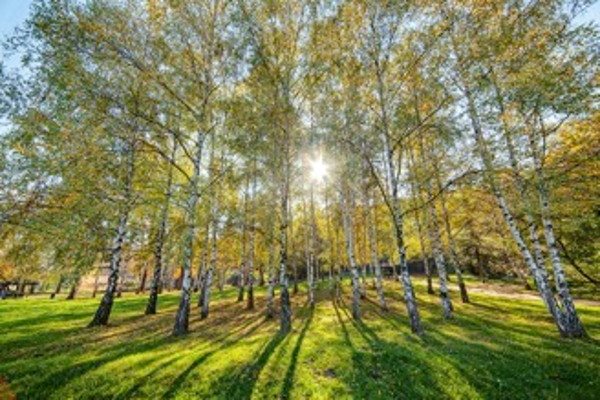