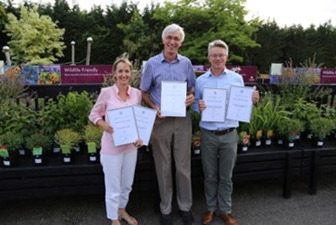 The GCA represents nearly 200 garden centres nationwide, and their annual awards for the South Thames region were presented at Squire’s in Badshot Lea on Tuesday 17th July. Over 140 representatives from garden centres throughout the region attended the event to hear the report of the GCA inspector who audited all the garden centres and destination garden centres in the area.

Squire’s Hersham won the prestigious title of “Garden Centre Of The Year” for the second year in a row. They also won awards for “Best Restaurant”, “Best Garden Products Retailer”, and “Best Outdoor Living Retailer”, which they won jointly with Squire’s Cobham.

Squire’s Long Ditton won the award for “Best Indoor Lifestyle Retailer”. Squire’s in Long Ditton and Hersham are also both through to the national finals of the “Ruxley Rose” award, which recognises garden centres that have the best plant areas in the whole country.

Sarah Squire, deputy chairman at Squire’s commented; “It was so lovely to see the good work of our garden centre teams recognised and rewarded by the Garden Centre Association. The icing on the cake was that Squire’s Hersham won best garden centre for the South Thames region, and Squire’s Shepperton won best garden centre in the North Thames region. These are truly magnificent achievements! These results recognise a huge amount of hard work, at those centres and across all of our centres, as we work together to improve all the time and encourage each other and share best practice. Many congratulations to all our teams, we enjoyed two amazing evenings celebrating everyone’s hard work!” 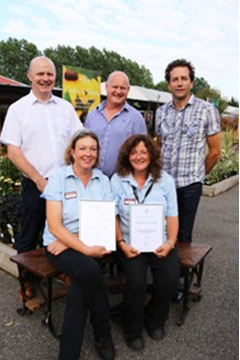