Garden Advice How to Grow and Prune Wisteria

Wisteria are large, very beautiful climbers. They have long racemes of flowers in mauve, blue, pink or white and flower in late spring or early summer.

There are two main species of Wisteria.

Japanese Wisteria which is called Wisteria floribunda. The variety macrobotrys is widely available and has fantastically long racemes of flowers. Apparently the record for a raceme is 6ft although 3ft is fairly common. Japanese Wisteria twine clockwise.

Chinese Wisteria is known as Wisteria sinensis. Although its racemes of flowers are shorter there are more of them and they tend to flower earlier. Chinese Wisteria twine anticlockwise. Both Chinese and Japanese Wisteria are scented and are vigorous climbers. Both also have a white cultivar known as “Alba”.

Wisteria are not too fussy about soil type but do prefer a sheltered site. This is particularly important because late frost can damage the flowers. Moisture is essential and it is an important thing to remember when growing Wisteria against the wall of a house where it may be sheltered from the rain by the eaves. Because Wisteria do not like their roots being disturbed they can take a little while to establish. Misting with water may encourage new shoots to develop.

How and when to prune
It is not a particularly complex procedure and should not put anyone off growing these fantastic plants. Pruning should be carried out twice a year. After flowering, current year’s growth can be cut back a little in August and then somewhat harder in February (to within about 4cms of a flowering spur) to keep the plant in check. Do not be put off growing this most romantic of climbing plants.

We use cookies to offer you the best experience on our website, analyse data, personalise advertising and show you more of what you are looking for.
Please let us know you agree to all our cookies.
You can read our Privacy Policy here, for more information
Please select a valid form
Sign Up Here 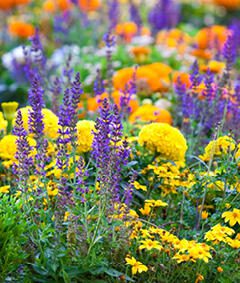 You are now leaving Squire’s and visiting Ceridian, our recruitment partner’s website, to view and apply for our latest jobs.