Our MAD celebratory lunch for the 2017 winners was held in January 2018 where two overall winners were selected. The two ‘Team Members of the year’ are:

An elderly customer collapsed in the toilets at West Horsley Centre. David Hill climbed over the door, into the cubical. The customer was in a distressed state.  David assisted the gentleman to regain his dignity.  David took the door off its hinges to allow access for the paramedics when they arrived. 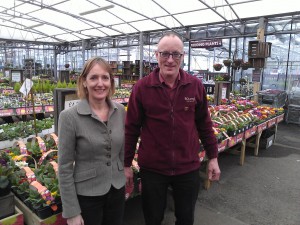 The proposed circus grounds at Stanmore were in a state of disrepair.  Stephen cleared the field almost single handily, disposing of skips full of rubbish, clearing large areas of brambles up until the day the circus tent arrived. If it wasn’t for him, the circus would more than likely not have happened. 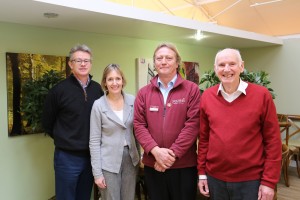 Prizes for our annual winners were generously donated by:

The other 2017 monthly winners are:

In the absence of an Assistant Manager Les was a massive asset both the Manager and the centre as a whole. Acting as Duty Manager with a positive attitude and unfaltering customer service. The passion and enthusiasm that exudes from Les in unwavering and infectious.

A customers Mother sadly passed away who was a frequent visitor to Squires. But the best part of the visit was seeing Rita at the tills. Their Mother and Rita struck up a remarkable friendship that lasted until their last visit to Squire’s.

An employee’s wages were rejected by their bank, but the money did not come back into our account. Karen was extremely helpful in dealing with both banks trying to trace the money as it’s not a ‘normal’ situation. Karen was on the case every single day by contacting a variety of people to try and track the money.

Patrick worked at Long Ditton café on his Sunday off to help them out when both the chefs didn’t turn up for work. It was at short notice and the shift was very busy with breakfast and lunch.

A customer bought a set of garden furniture where they were served by Charlie. The customer had a problem with a missing part on the table top. Charlie immediately brought them a new table top from the showroom model.

A customer bought six granite pots and was delighted when the centre manager offered to transfer the box trees from the old to the new pots. David and Ray arrived within minutes of the agreed time and immediately commenced what turned out to be a little bit more difficult than anticipated due to the length of time the trees had been living in their old pots.

The team worked hard taking nearly £1800 in one day with no Manager or Assistant Manager present or other members of the team. They went about their work giving the best customer service with no complaints.

A customer came in looking for some Pussy Willow artificial flowers Sarah found one for the lady but the lady wanted more for an arrangement she was planning. Sarah took her details contacted the supplier but not currently available. Several weeks later Sarah found another stem in an arrangement at the centre and contacted the customer just in case she might still have wanted it. The customer was so surprised to get the call and came in to purchase the stems.

A customer attended the hanging basket workshop which Trevor held. The customer was so thrilled with the workshop and the basket she planted, saying how good Trevor was and the advice he gave her and how he has given her the confidence after the workshop to plant up two containers on her own.

A customer was having a heart attack. Rupert put him in the recovery position, he called the ambulance and stayed with him for 45mins while they came from quite a distance. Rupert also organised staff to cordon off the area.

A customer took her children to the Halloween ‘create and grow’ session where they painted lanterns. John engaged the children in an age appropriate way, even telling the children spooky stories as they painted, encouraging their painting and making them laugh.

Congratulations and thank you to all of our winners!